PLANT YOUR SUNFLOWERS VISIBLE WITHIN YOUR COMMUNITY AS A SIGN OF SUPPORT AND HOPE.

WHY SUNFLOWERS ARE UKRAINE'S NATIONAL FLOWER

Sunflowers: Ukraine's National Flower A Brief History   The sunflower is not a native plant species to Ukraine. It arrived in Europe from North America in the and rose to stardom in Ukraine during the 1800's. During Lent (the forty days preceding Easter) the Orthodox Church restricted the use of butter. But because sunflower oil new to Ukraine there were no restrictions, and this made the plant and its cooking oil popular.

An obvious choice as the country's national flower, it continues to grow prolifically in backyards, villages, and farmer fields throughout Ukraine. Images of the cheery flowers are woven into clothes and sunflower wreaths are often worn as headdresses during times of celebration.

Ukraine under the auspices of the then Soviet Union was an arsenal of nuclear weapons. But when the Cold War ended Ukraine gave up the weapons. In 1996 at an abandon missile base in southern Ukraine officials planted sunflower seedlings as a way to symbolize hope for a nuclear free and peaceful world.

Brave women carefully put sunflowers paired with blue flowers symbolic of the Ukrainian flag being blue and yellow in their hair. The darkness in the middle of the sunflower represents sadness while the bright yellow petals are the possibility for happiness and sunshine.

INSPIRATION BEHIND THE INITIATIVE

Why Sunflowers for Ukraine

Sunflowers for Ukraine came about after seeing on MSNBC a report when a woman confronted by a heavily-armed Russian soldier, offered him sunflower seeds so that they might bloom when he dies.

Brave women carefully put sunflowers paired with blue flowers symbolic of the Ukrainian flag being blue and yellow in their hair. The darkness in the middle of the sunflower represents sadness while the bright yellow petals are the possibility for happiness and sunshine.

Many young men, fathers and grandfathers have left their families behind, picked up arms to defend Ukraine against the Russian invasion. Many women, grandmothers and children have fled the country or are huddled in subways or bomb shelters. Many have left their homes, pets and lifelong memories, others have lost their homes and nothing to return to.

Contact us directly if you have any questions or would like a downloadable PDF of the following to assist you with your fundraising project. 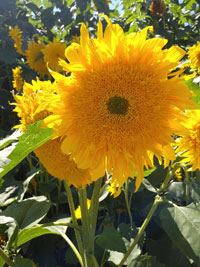 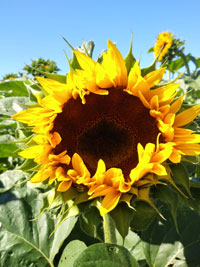 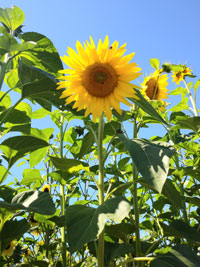 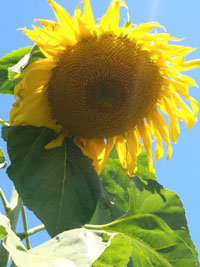 If you would like to volunteer for the SunflowersforUkraine.ca initiative please email: